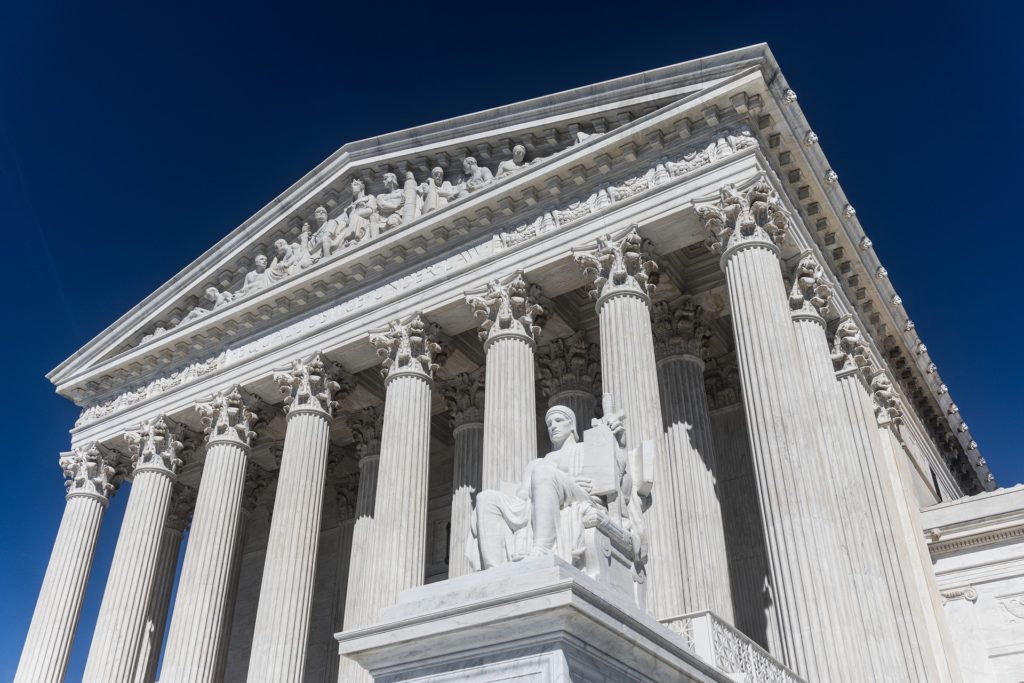 The order — championed by many conservatives as a tough-on-immigration and anti-terrorism policy — has critics on both sides of the political spectrum. Some of the most vehement opposition to the policy is from members of the tech community. It’s been widely referred to as a “Muslim ban,” though two of the countries that were added to the list, North Korea and Venezuela, are not predominantly Muslim.

In the majority opinion, Chief Justice John Roberts defended the order as “expressly premised on legitimate purposes: preventing entry of nationals who cannot be adequately vetted and inducing other nations to improve their practices.” Roberts also dismissed the notion that the order is a “Muslim ban” as the countries included represent only 8% of the world’s Muslim population.

During his presidential campaign, Donald Trump promised a “total and complete shutdown of Muslims” from entering the United States. But the court’s decision was based on the language of the order itself, rather than campaign rhetoric or anything else that the president has said on Twitter or otherwise. The order is in its third version, which President Trump has decried as a “watered-down” version of what he wanted.

The four justices that voted against upholding the travel ban were all appointed by Democratic presidents, while all five that voted in favor were appointed by Republican presidents. This includes Neil Gorsuch, the man Trump nominated to replace the late Antonin Scalia after a Republican-majority Congress refused to hold a vote to confirm President Barack Obama’s appointee Merrick Garland.

Last September, 162 tech companies — including Amazon, Google, Facebook, Uber, SpaceX, Spotify, and Twitter — formally asked federal courts to strike it down. According to the brief filed by the companies, the order “hinders the ability of American companies to attract talented employees, increases costs imposed on business, makes it more difficult for American firms to compete in the international marketplace and gives global enterprises a new, significant incentive to build operations — and hire new employees — outside the United States.”

Tech companies including Amazon have advised employees from the countries included in the ban against traveling home.

According to federal census data from 2016, 71% of tech workers in Silicon Valley are foreign-born. Data from the same years shows that Apple hired more than 2,500 foreign workers and that Google hired more than 2,000, both through the H-1B visa. 60% of these hires had master’s degrees.

Many top executives at some of the top tech companies are from the countries included in the ban. This includes Dara Khosroshahi, CEO of Uber, Pierre Omidyar, the founder of eBay, and Omid Kordestani, executive chairman of Twitter, all of whom were born in Iran. Steve Jobs, the late founder of Apple, was the biological son of a Syrian immigrant.

The Supreme Court’s decision today cuts off a major pipeline of talent for tech innovation. Sharif University in Tehran, considered “the MIT of Iran,” has long supplied Silicon Valley and other U.S. tech hubs with some of the best tech talent in the world. Sharif graduates will have to go build in other places. Dubai in particular seems particularly eager to attract this talent pool.

Justice Sonia Sotomayor authored the dissenting opinion and read it aloud in the court:

“A reasonable observer would conclude that the Proclamation was motivated by anti-Muslim animus,” she said. “The majority holds otherwise by ignoring the facts, misconstruing our legal precedent, and turning a blind eye to the pain and suffering the Proclamation inflicts upon countless families and individuals, many of whom are United States citizens.”

She also read aloud a series of anti-Muslim statements issued by the president for added context to the executive order, which she described “a policy that masquerades behind a façade of national security concerns.”

“History will not look kindly on the court’s decision today — nor should it,” she concluded.

The decision comes a week and a half after the White House reaffirmed its intention to dismantle the H-4 visa rule, which allows spouses and unwed children of H-1B visa holders to live legally in the United States.