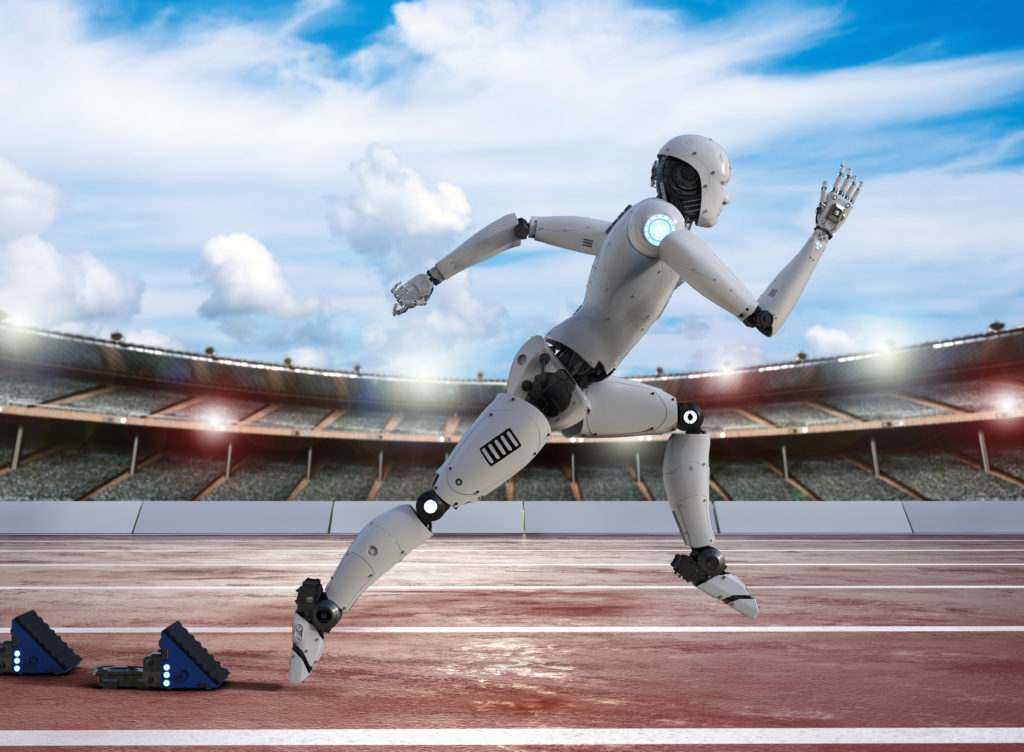 The multi-year contract will allow university students, coders, and other drone-heads to leverage AI technology to build a machine that is good enough to compete with the best pilots in the world, with cash prizes totaling more than $2 million.

It’s unclear how AI will fare against humans this this time around. It’s possible that AI-driven versus human-piloted drone races is nothing more than a publicity stunt for Lockheed Martin, ever seeking an edge in the hyper-competitive world of aerospace government contracts. Perhaps this time around, AI won’t be quite as competitive as the best human. Before long, we can almost guarantee humans will be the ones with no chance of staying competitive in a competition like this.

Make no mistake: This is a watershed moment for AI technology as well as for the concept of competition.

“The sport of the future”… and the future of sports

DRL Founder and CEO Nicholas Horbaczewksi calls drone racing “the sport of the future,” and it’s not hard to understand why. With two of the most disruptive and attention-generating technologies at its core, the DRL gives a glimpse of what the future of all sports and entertainment could look like.

To be sure, technology has always had a profound impact on sports. Equipment and apparel have continually evolved to be stronger and more effective. The use of video replay for getting a call right is virtually ubiquitous in the realm of professional, world-class competition.

Yet, AI brings sports into a new dimension — regardless of whether the DRL only ever enjoys a niche audience or it establishes itself as one of the four major sports leagues in North America.

We won’t (necessarily) see full teams of robots compete against teams of humans any time soon, as surely, robot goalkeepers still have a lot to learn.

If anything is for sure, it’s that AI will have an impact on sports that’s increasingly less subtle.

Consider the NFL. The concussion problem simply hasn’t gone away, player careers are getting shorter, with many star players like Patrick Willis and Jake Locker walking away from the game before their prime like never before. It’s not hard to consider a future where an alternative league, one of AI-driven players, perhaps competing on their own or perhaps against humans, becomes the object of our attention, and perhaps even eclipses the NFL in popularity.

But we don’t even have to get that conceptual in order to understand how AI will impact the NFL. Nor will we have to wait much longer. Hall of Fame Quarterback Steve Young has signaled his support for virtual reality as a tool for players recovering from injury. Young, whose career ended prematurely due to repeated concussions when he was still at the top of his game, joined the board of Silicon Valley-based SyncThink, a company that has developed VR software that can objectively assess brain health in under minute by tracking eye movements.

It’s not hard to imagine how an ingenious software like this could become widely used, and perhaps even become a viable or even preferred training method for athletes who are healthy.

But it’s tempting to think we’re not too far from take this a step further: Maybe the allure of watching man compete against machine will be too powerful to overcome. Maybe most fans will prefer to watch AI-driven machines compete against each other. Maybe even the fans will be predominantly driven and run on AI.

Perhaps we’re not headed for something that sounds dystopian to some. Either way, there’s no denying that AI’s impact on competition could transcend the realm of human sports. The animal kingdom could see whole species cheat extinction and restore population levels with the help of AI, as companies like SAS are working to prove. In other words, AI could very well prove to be powerful enough to defeat natural selection.

During his appearance on the Joe Rogan Experience last week, Elon Musk mused on a future in which all humans will have access to infinite cognitive powers thanks to the advancement of AI. While the implications of this reality may be beyond our capacity to grasp, one suspects that it would be one in which many of the ills of society have been made obsolete. For better or worse, in a future like that, competition as we know it — individual, team, man versus machine, natural selection or otherwise — would be ancient history.