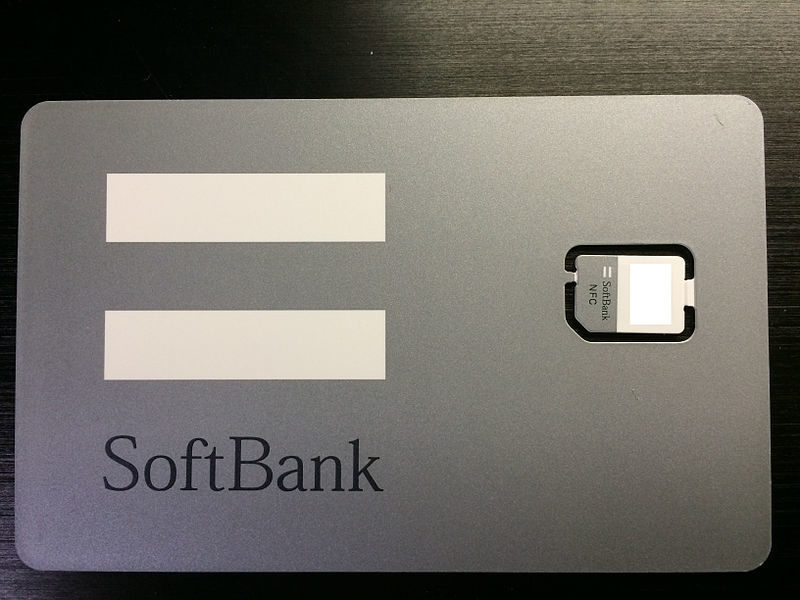 With a confirmed $93 billion invested into SoftBank’s Vision Fund, the Japanese investment firm has the potential to single-handedly hyperfund the next tech bubble.

Last year SoftBank, the Japanese investment firm headed by Masayoshi Son, announced it was planning a VC fund worth $100 billion, and in May of this year the fund was confirmed at $93 billion – since then SoftBank has been making a series of financial moves, the size of which dwarf any previously seen in the tech sector.

The Vision Fund has, to date, invested $6 billion in the Indian tech sector alone, a tech sector which – for the sake of comparison – is close to having attracted $10 billion in total so far this year. And Son’s ambition is far from satiated. With Saudi Arabia and Abu Dhabi firmly invested, Bahrain is looking to pitch in as the fund eyes up plans to build a new city in Saudi Arabia – called “Neom”, apparently.

SoftBank’s investing spree kicked off at the end of May with a reported $4 billion stake in Nividia; not a shy move for a new fund, and it continued in much the same vein. From there came the planned merger of T-Mobile and Sprint, two of the US’s largest mobile network providers, followed by the purchase of a $4.4 billion stake in WeWork, and the market now waits to hear confirmation on a likely $10 billion investment in Uber.

If all of that has left you slightly dizzy, as indeed it should, I invite you to consider Son’s future moves for the Vision Fund: that is, more Vision Funds. Perhaps as many as four, “The Vision Fund was just the first step, [it] is simply not enough,” said Son in an interview. The amount Son does consider to be enough is closer to the $900 billion mark. To put that in perspective, it’s about the same as Norway’s and Sweden’s annual GDP combined.

The vision behind the Vision Fund is still unclear, though slides from a presentation Son gave in 2010 recently emerged providing some – albeit cryptic – insight. Son’s slide deck proposes the need for technology to drive happiness in humanity and compares growth in the number of microprocessors to the number of synapses in a human brain. The full deck is not necessarily clearer than the aforementioned precis, though there is something of the ‘Elon Musk’ about it in its proportions. Meanwhile, whatever fruits the Vision Funds may be yet to bear, it is starting to drop a few.

Offering relatively young companies huge sums in late-stage investment might seem like a wise way to invest in big ideas without the risk of investing in a company still getting going and yet to prove itself. Though it can mean handing over investment to companies not yet mature enough to handle the responsibility. Sramana Mitra, the founder and CEO of 1My1M, a global virtual accelerator, emphasised the importance of business fundamentals over venture capital addiction in pursuit of hyper-growth, suggesting “Unless you are a Facebook or a Google, a capital-efficient, scrappy strategy is your best bet for success. If you are exploring funding, consider getting an experienced mentor first.”

SoftBank has apparently not taken heed of such warnings: despite reported losses, it has invested $2 billion in India ride-hailing company Ola. Which is a little more than the $1.4 billion in losses the firm reported off the back of its investments in Ola, Snapdeal and others, coupled with the $1 billion it wrote off on the valuation of its investment in Snapdeal. The size and stability of recent investments in India is causing some to reminisce over the 2014-15 hyperfunding period, to which many fear a return.

If, on the other hand, the bet looks like it’s paying off, such vast access to capital can cause its own problems. SoftBank is heavily invested in both Ola and Uber, whose market position has caused competitor Meru Cabs to file a second round of complaints to India’s anti-trust watchdog. SoftBank’s investment is targeted as crucial to the case, providing the argument that the two need not merge to be considered a monopoly. Of course, competitors will always compete through available means, though this is clearly a line of attack SoftBank take seriously, having recently joined ecommerce lobby Indiatech in an attempt to protect its substantial investments.

SoftBank’s troubles are most acute in India where their investments are numerous, but have faced similar troubles elsewhere. For instance, after funnelling $1.1 billion into healthcare company Roivant Sciences, it was discovered the company’s new flagship Alzheimer’s medication doesn’t work. And although financial investment is all about taking risks – some of which will pay off, some of which won’t – SoftBank is throwing around the kind of sums which don’t just contribute to markets, they shape them.

During TechCrunch’s analysis of 2017’s third quarter VC report, a troubling approach was assumed. SoftBank’s influence on the market was so significant that a subsection entitled “Total funding and the SoftBank effect” was included, in which the report highlighted not the effect, but the difficulty in even being able to categorise the investments. Part of the difficulty comes from trying to analyse a market of huge scale, operating in private companies, and so devoid of the responsibility to file quarterly reports.

There has been speculation for some time now that valuations in the pre-IPO market are somewhat frothy, and it is this frothy market into which Son is pouring his fund. When companies would usually consider floating on the stock exchange they can now approach Son, who is standing by with an attentive ear and billions to spare. The number of IPOs has dipped since 2014 as Son’s fund and others allow companies to stay private longer. We know not how the market will react when and if these companies do float, nor how it would react to any which crash and burn.

More troubling was a further TechCrunch analysis which suggests current investment levels could be based on the assumed rise of an as-yet-immature “third wave” of the internet. The internet’s development can be categorised by waves of hardware, starting with its birth, which catapulted companies like Amazon, Google and Facebook into the magnetosphere. That was a precursor to the second wave, personified by widespread mobile adoption, which compelled forth the likes of WhatsApp, Instagram and Uber.

We now await the third wave which is assumed to boost growth at the behest of AI, robotics and VR. The companies which the requisite hardware pupates within are still, relatively speaking, young and small. So the number of deals in the market has followed the level of innovation down to unremarkable levels; meanwhile the cash going in to companies still capitalising on old hardware is clearly on steroids.

The underlying point is that tech sector growth has been reliant on new hardware, so it would be hasty to assume the general growth rate will continue when prevalence of any new hardware is still the purview of futurism.

There are other hyperfunders – Google, Tencent and Alibaba have also, at times, been throwing billions of dollars around like confetti – but SoftBank is the leader by some distance. The effect on the market is of such significance that some are pointing to an unrealised downturn, identifying a dip in the total number of deals which has been masked by the overall size of the deals. The market’s inability to make sense of its new surroundings cannot but lead one to seriously ponder the existence of a bubble, which would depend largely on whether SoftBank’s behaviours mirror previously identified markers.

In late July of this year the stock market surpassed the highs of the pre-dot-com peak, the moment was marked by speculation of another bubble and a scramble to find where it might be. The themes of the conversation tended to point to healthier price-to-earnings ratios than pre-dot-com levels, and to the identification of froth which, it was predicted, would slowly dissipate.

The responsibility of a bubble was bequeathed to private companies, where we could observe huge late-stage funding rounds. The funding rounds of which they spoke were based on unknown price-to-earnings ratios – because the companies are private – and justified by customer base rather than outright revenues, on the assumption companies can turn customers into revenue.

From all this chat, a deflation period has supposedly been on the cards for two years now, but it hasn’t quite happened. Concerns were aired when revenue multipliers as high as 28x (AirBnB) were being applied back in 2015, which got the accommodation app a $25 billion valuation and a $1.5 billion investment.

Slack got a 90x multiplier. Reassurances in dealing with high valuations were offered in the form of Blue Apron and Snap IPOs bringing valuations back into line, but IPOs seem to be falling out of fashion. Instead the trend has continued with WeWork’s recent $20 billion valuation for a $4.4 billion investment.

Instead of a deflation, dissipation or devaluation two years ago, US venture funds, last year, had raised a record breaking $32.4 billion. Which, I’m sure you’ll have noticed, is only a trifle more than a third of SoftBank’s $93 billion Vision Fund. And so…

We now face a market which has lit the afterburners on a trend many thought to be unhealthy, while avoiding any alleviating recalibration. SoftBank doesn’t seem to be worried, and is revealing itself to be a wanton bet-maker of market-making sums.

While Son reaches for a future where SoftBank and its companies run… the world — and regardless of whether that’s desirable — one is forced to consider the probably not-so-scenic route required to get there. Son is engaging in a trend which analysts and experts realised was potentially damaging, but which they weren’t worried about because they predicted a mild correction. Now, presumably, a much bigger correction would be in order since the trend of huge late-stage funding has continued skyward.

To put this all in stark perspective, when Facebook floated back in 2012 it raised $16 billion from its IPO, its market cap was around $100 billion. When the 2007 financial crash happened the Fed bailed out AIG for $85 billion and money market funds lost $144 billion. If Son is willing to put $10 billion of a $93 billion fund in to Uber, and is planning to raise close to $900 billion in total with his Vision Funds, he could be investing crash-level sums in single transactions.

Even if he doesn’t – and keeping in mind any failed investments are unlikely to happen all at once – a significant portion of his $900 billion isn’t going to be successful. A company with tens of billions of dollars invested in it would presumably, in the event of dwindling success, be the cause of a consequence or two. A spot of unemployment. A collapsed pension fund. Maybe a wider market scare. Who knows?

Market-shifting levels of money are usually moved as the sum of many parts (shares) or by elected officials (treasury departments). Not by a private company deciding why and how to shift such sums behind closed doors. So, in any case, it’s a wonder if anything can be done about it. No matter, I hear Elon Musk is building a sort of ejector seat. 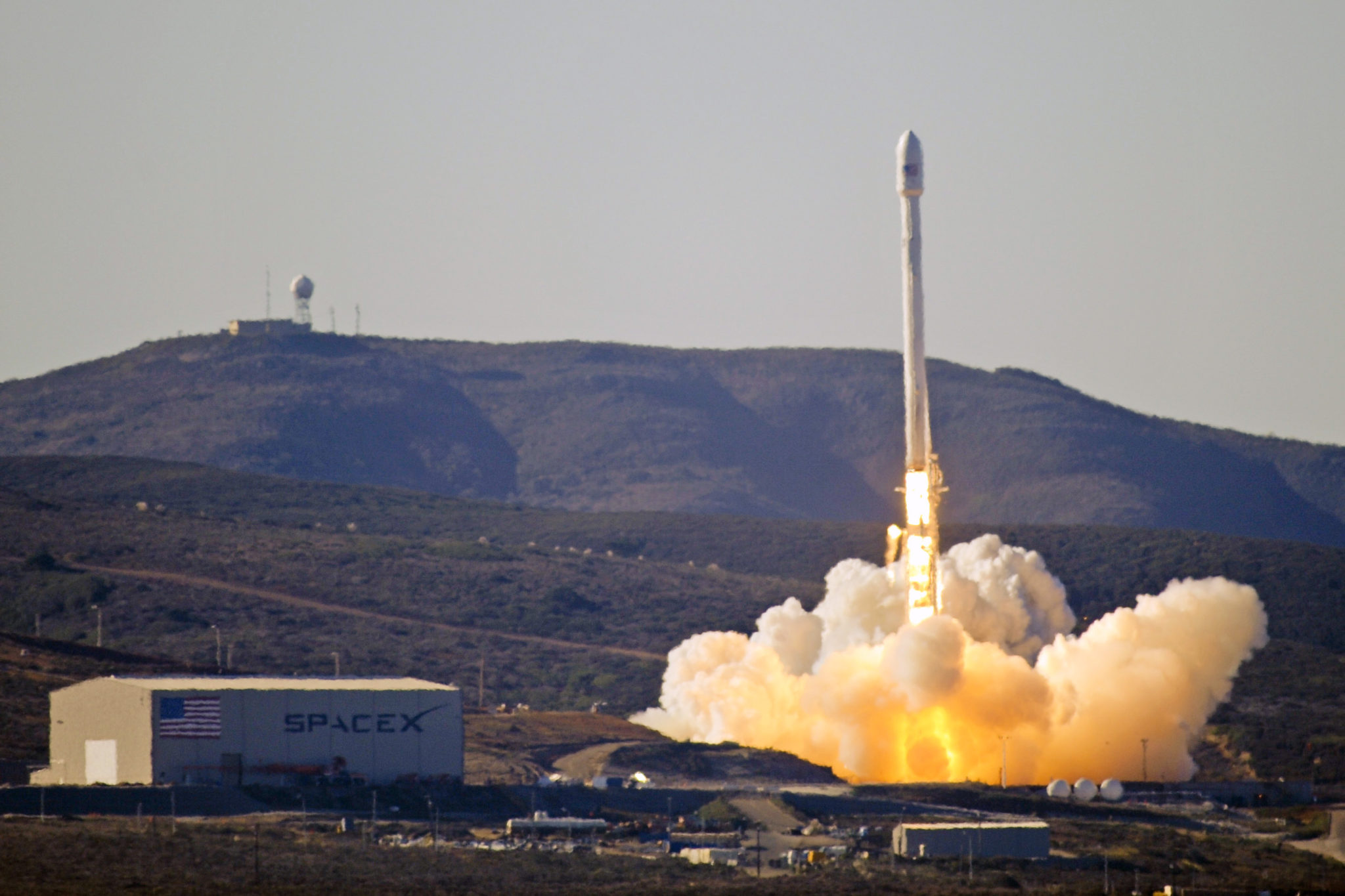 This story originally appeared on The Tech Panda.