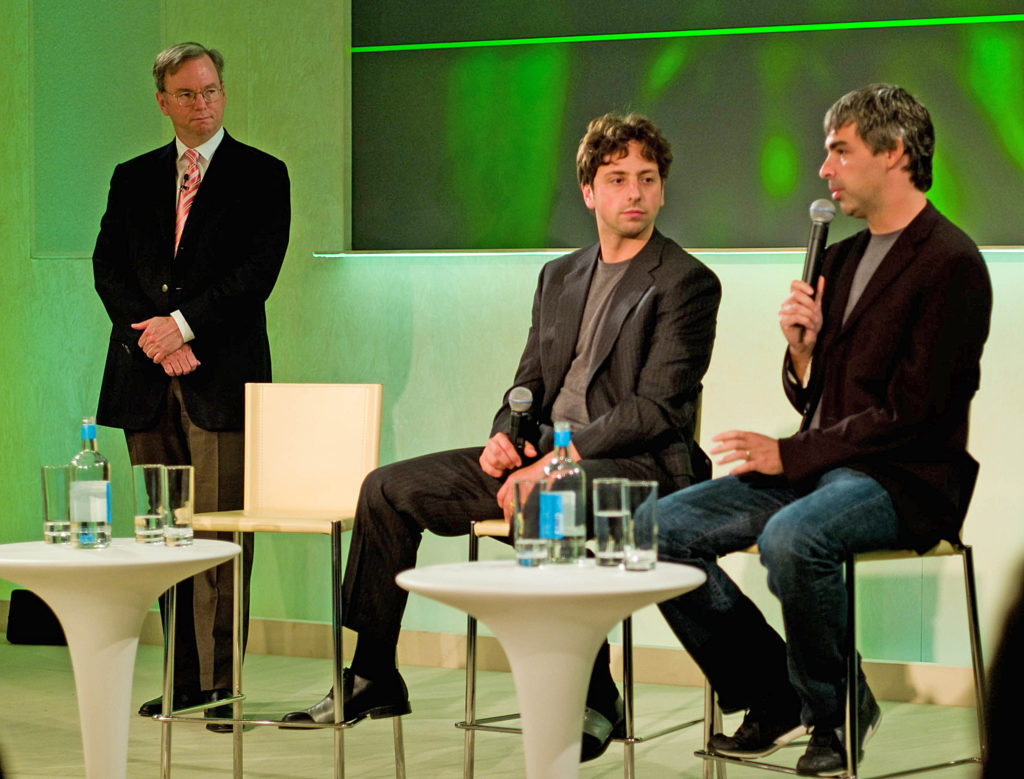 An analysis by The Outline of the impact of Facebook’s recent change to it’s News Feed algorithms – ostensibly designed to provide more prominence to posts from family and friends – found that right-wing publication engagement dropped by 55%, while left-wing publications remained broadly unaffected. This is exactly the kind of statistic which will feed Alex Jones’ fevered conspiracy rants on InfoWars at a time when the Right is hardly short of popular ammunition to sling at the Left.

James Damore, the Google engineer who was fired after circulating a 3,000 word memo arguing that biological differences between men and women are the reason for the profession’s gender diversity disparity, is in the process of mounting a First Amendment-based legal battle against the tech giant. His lawyer, Harmeet Dhillon, a right-wing Indian-American, is outlining a case which contextualises Damore as a conservative ostracised from the liberal tech bubble for expressing his views.

Meanwhile, Peter Schweizer, author of Clinton Cash, is gearing up for the release of his new film The Creepy Line which is expected to delve into the idea that Silicon Valley’s leftist tendencies are causing a bias against right-wing content on their platforms. The phrase “the creepy line” is from a less favourably remembered speech given in 2010 by then-Google CEO Eric Schmidt who described his company’s privacy goals as “to get right up to the creepy line and not cross it.”

This is all as the libertarian and big-time Silicon Valley investor Peter Thiel left the home of high tech for Los Angeles last month as onlookers speculated his move was the result of alternative viewpoints being marginalised among Valley residents. The trend looks to be tending towards the Right playing victim to a semi-autocratic, left-wing west-coast establishment.

Looking back eight years, it is at least curious that it was Republicans who wanted the Citizens United case passed by the Supreme Court, in effect allowing companies to donate huge amounts to political campaigns (through Super PACs) because – the justifications goes – the freedom to spend money is equivalent to free expression. Given that a company’s earnings are the result of the collective effort of their employees, any company donating to a political campaign is essentially donating the excess fruits of their employee’s labour without necessarily consulting or informing employees, let alone donating in accordance with their views. It seems hypocritical to then complain that a company like Google has a political stance.

But whoever is right or wrong seems to be increasingly beside the point.

It’s often unmentioned that tech platforms like Twitter and Facebook hold within them a latent capacity to resolve current and deep political divisions. This is a point which Zuckerberg seems to recognise and is gravitating towards, having recently highlighted the need for community on Facebook.

But none of that seems possible if the Right embeds the opinion that Big Tech is part of the pro-Hilary anti-gun, pro-abortion, homo-obsessed, feminazi, libtard coastal elites. Once Big Tech becomes a member of that club there is no way out. It seems crucial, therefore, that Facebook, Google, and the like avoid even the appearance of bias, lest a powerful means of resolving division be turned into newly entrenched battle lines.

algorithmsbiasfacebookfake newsgoogleleft-wingnright-wing
Previous ArticleBlame big tech? Your phone already has all the settings you need to reduce your ‘tech addition’Next ArticleTaking over tech: An International Women’s Day celebration