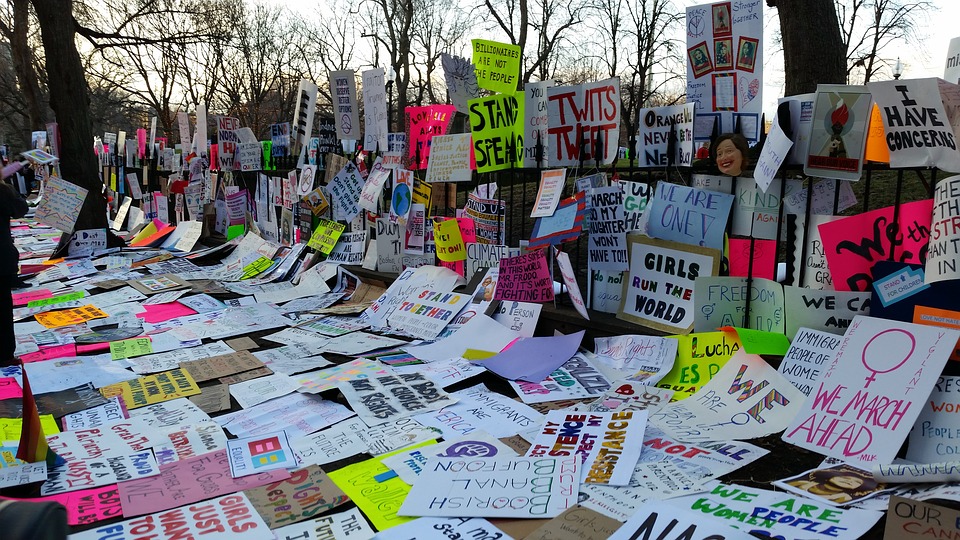 It might just be that this year, International Women’s Day resonates more powerfully around the world than the presiding years that came before it.

With the echoes of the #MeToo and #TimesUp campaigns still fresh in the air, a plethora of women standing up for respect in their workplaces and the staggering roar that can now be heard condemning workplace abuse in recent months, the journey certainly isn’t over but this really is the time for women.

This year the theme is #PressForProgress which pushes for gender parity across the world. The movement will see marches across the globe and social media stormed by the powerful sentiment that proudly stands behind this International Day.

Pressing for progress, however, doesn’t mean that things have ground to a total standstill and as the world comes together to celebrate all things female, it’s time to also take a look at how technology industries are allowing such progress to flourish.

Firstly, New York-based technology company Smartasset recently voted that Washington D.C is the best place for women in technology, pointing out that 38% of technology jobs are filled by women here. In the past four years, there has also been a 10% overall growth of women working in technology fields across America, even to the point that female tech workers in Missouri are on average earning 2% more than men in the industry.

One of the many women who have also taken leaps in the technology sphere recently comes in the form of former policy adviser at the White House, Terah Lyons. Now the Partnership for AI Executive Director, Lyons’ oversees a policy group that has the support of Facebook and Apple to name a few of the tech giants. After leading a policy portfolio in the Obama administration on machine intelligence and AI, she was snapped up to head Partnership in AI whilst also advising on diversity within the tech industry.

In terms of the startup region, it was reported by Fortune that venture capitalists invested $1.9 Billion of the $85 Billion capital to all female startups in 2017. While this might still be a painfully low amount but this is still up from the previous years. The way that these figures can change however could come in the form of national and international technology coalitions specifically focused upon women in the industry. ‘Bringing leaders together to close the gender gap’ DCFemTech are looking to host their fourth annual awards ceremony alongside The Washington Post for women in the industry. They stand as just one of countless collaboratives like Women In Tech (WIT) that aim to bring together the female technology field.

What we can ultimately see happening here, is a growing awareness for women in technology and it’s steadily making headway in America’s capital.

From the startups to the engineers to every woman sticking the middle finger up at people such as James Damore, the Google engineer who recently claimed biological differences are the reason for the profession’s gender diversity disparity, the action and awareness that is paramount to this industry’s growth is slowly happening.

‘We can’t do this with half the population,’ Mae Jemison, the first African American woman to travel into space perfectly highlighted when addressing the challenges that advancements in the technology and science industries face today. Today the push for that very progress begins to reach new heights.