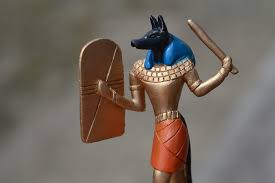 “That is why agricultural deities were different from hunter-gatherer spirits, why factory hands and peasants fantasised about different paradises, and why the revolutionary technologies of the 21st century are far more likely to spawn unprecedented religious movements than to revive medieval creeds.” – Yuval Noah Harari.

Yuval Noah Harari was right, but we can only now see how right he was.

Former Silicon Valley engineer, Anthony Levandowski, who worked at both Uber and Google (slightly calamitously) is setting up his own religion based around Artificial Intelligence.

The idea seems to revolve around building a religion around some form of AI god, though it is as yet unclear whether this god will have a physical form or not, or whether there is a specific AI in mind to take the place of this “Godhead”. The general thrust of the organisation will then be the betterment of humanity based on the belief and teachings of this AI.

References to Black Mirror have already been made, absurdities highlighted and fear induced. As though an AI-driven technological singularity wasn’t scary enough, we needed to throw religion into the mix to really make sure we approach the future with the requisite level of terror.

According to some secular thinkers the projection seems to be a plausible one, though it will answer an old question on the topic of science and religion. Stephen Jay Gould, a palaeontologist and an old sparring partner of Richard Dawkins, put forward the idea that science and religion were two “non-overlapping magesteria”. Essentially proposing that the religious could carry on as they were, as could the scientists, and there need be no arguments between the two because they had no effect on one another.

If there is to be a religion based on AI, the bridge between science and religion will be formed, the magesteria overlapped, and the debate raised to a priority.

AIreligion
Previous ArticleThe changing tides of currency: payment industry rides the waves of technological advancementNext ArticleHow tech is catering to seniors in both the workplace and through video games