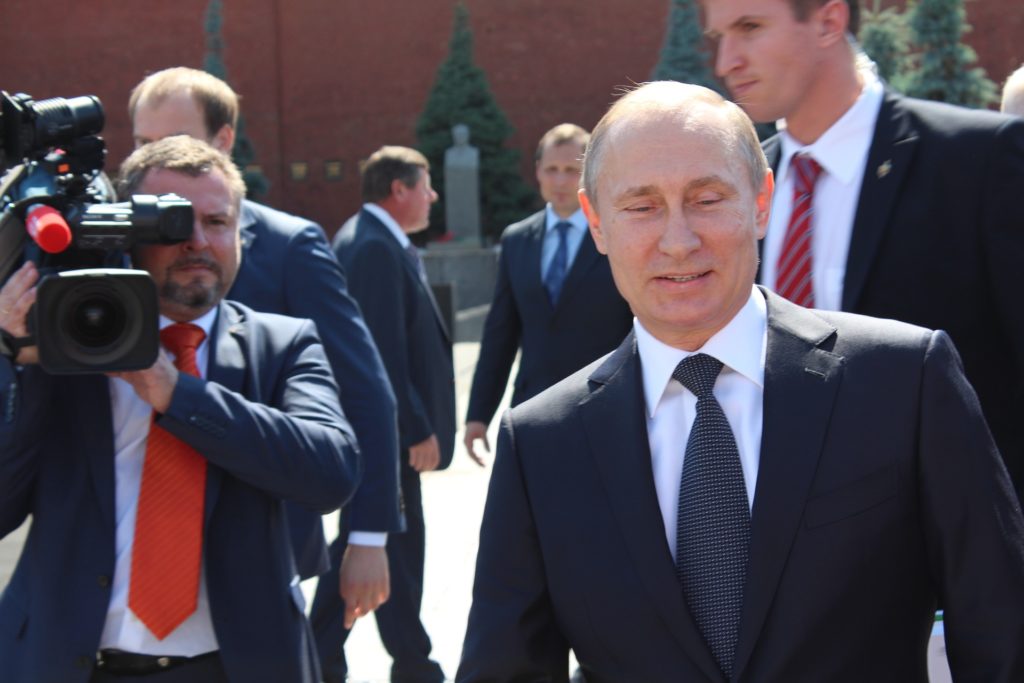 On Monday in Helsinki, United States President Donald Trump repudiated the chance to hold Russia and President Vladimir Putin accountable for a litany of despotic and hostile activities, not least of which includes confirmed ongoing cyber attacks — especially those that influenced the outcome of the 2016 U.S. presidential election.

After the two heads of state met privately in the Finnish capital, they held a joint press conference in which they issued prepared statements and answered questions.

In front of newspaper journalists and television cameras, President Trump indicated that Putin’s denial of knowledge or involvement in illegal cyber activity on the part of Russia is enough to dismiss the consensus from the findings of the U.S. intelligence community.

This past Friday, Deputy Attorney General Rod Rosenstein announced the indictment of 12 Russian nationals for interfere with U.S. elections. The U.S. Director of National Intelligence Dan Coats’s has reiterated his assertion that Russia has made “pervasive efforts to undermine our democracy.”

Trump spoke flatteringly of his counterpart Putin and rambled in a self-congratulatory way about his 2016 electoral victory. When President Putin was asked why his statement denying Russian inference in the election should be believed given the recent indictments and consensus of the U.S. intelligence community, Trump stepped in to further boast about his electoral victory, albeit somewhat incoherently.

Trump also failed to make any mention of Putin’s aiding of Syrian President Bashar Al-Assad in the civil war he is perpetuating in his own country nor did he make any comments of Russia’s illegal annexation of Crimea in 2014.

The President’s treatment of Putin stands in stark contrast to the hostility with which he behaved last week towards some of the U.S.’s closest allies. Trump insulted and attacked British Prime Minister Theresa May in the press and later denied it before criticizing Germany for its NATO contributions and calling the European Union a “foe” of the United States.

Trump’s unwillingness to show any toughness towards Putin raises the volume of the speculation — particularly on the left — that the Russian President has compromising information on Trump. While Republicans (though fewer than before) are less willing to raise this issue, few in the media deny that Monday’s proceedings in Helsinki have diminished the standing of the U.S. in the global community, give Putin an upper hand and incredibly potent piece of propaganda, and undermine the world order governed by Western alliances.

Senator John McCain (R-AZ) excoriated Trump for the news conference, calling it “one of the most disgraceful performances by an American president in memory.” The former GOP presidential candidate added “No president has ever abased himself more abjectly before a tyrant.”

Speaker of the House Paul Ryan (R-WI) issued a statement saying “There is no question Russia interfered in our election and continues to undermine democracy here and around the world…. There is no moral equivalence between the United States and Russia, which remains hostile to our most basic values and ideals.”

One of the strongest condemnations from a high-profile figure was that of former CIA Director John Brennan who said on Twitter that Trump’s actions “exceeds the threshold of ‘high crimes & misdemeanors.’ It was nothing short of treasonous.”

A previously unscheduled meeting between President Trump and members of Congress was scheduled for the day after the meeting in Helsinki.

It remains to be seen how the President will deflect publicly siding with a foreign power whose orchestrated attacks on the integrity of American democracy have been confirmed to have happened and continue to happen.