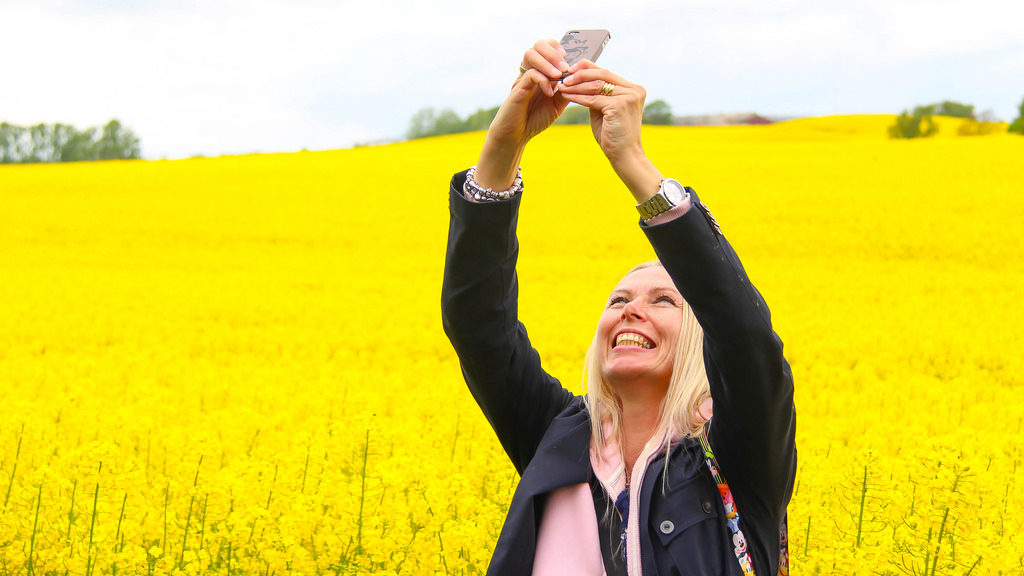 We can all relate to one person on our news feeds that loves taking selfies just a little too much. Now, thanks to a recent paper published in November, this habit may be considered a real disorder under the name “Selfitis.” In a bizarre turn of events, this research was actually inspired by fake news stories.

The paper states in the abstract that “In 2014, stories appeared in national and international media claiming that the condition of selfitis (the obsessive taking of selfies) was to be classed as a mental disorder by the American Psychiatric Association and that the condition could be borderline, acute, or chronic. However, the stories were a hoax but this did not stop empirical research being carried out into the concept. The present study empirically explored the concept and collected data on the existence of selfitis.”

In the study 400 Indian university students took part in focus group interviews to produce a “Selfitis Behavior Scale,” which consisted of three different levels: borderline, acute, and chronic. A borderline case, they stated, is someone who takes selfies at least three times a day, but doesn’t display them on social media. A person with an acute case would actually post those selfies on social media. And a chronic case, they claimed, is someone with “uncontrollable urge to take photos of one’s self round the clock and posting the photos on social media more than six times a day.”

While this research does not necessarily imply a genuine disorder, we should, momentarily, explore the idea that selfie addiction could indeed have the foundation of a legitimate disorder. According to research, an average millennial is expected to take 25,700 selfies during his or her lifetime, with 1,000 selfies being posted on Instagram every second.

We know that social media can be highly addictive, thanks to its drug-like characteristic of flooding our brains with dopamine. The sensation induced by receiving likes and positive comments on a picture can be incredibly rewarding, and as we know from conditioning, behavior which is rewarded is more likely to be repeated.

This processes is encapsulated in the words of a teenage girl who described her thought processes when posting on Instagram, reports The Huffington Post. The girl states “One of my biggest insecurities is selfies. Usually, if I feel confident about how I look, I might post a selfie. Of course, your friends comment that you look so pretty or something like that and it makes you feel good about yourself.”

Clearly, there are strong neurological processes at play here, influenced by our psychology and the role modern technology has now taken on in our lives. To some extent, this also reflects the comments of Sean Parker, a man who helped shape Facebook into the social media giant that it is today. He stated that Facebook “literally changes your relationship with society, with each other,” Parker told Axios during an interview, adding “God only knows what it’s doing to our children’s brains.”

However, let us take a step back and remember the gravity and severity of labeling selfie addiction a genuine disorder. In doing so, this could have huge implications, devaluing those who suffer from legitimate disorders, while amplifying the status ‘Selfitis’ well beyond a joke or a bad habit. We must recognize that a small section of society might have or be developing a problem here, although we must also recognize the severity of the situation in the bigger picture. Moreover, it should also be considered that even the authors of this paper wrote that more “studies are needed to validate the concept more rigorously.”