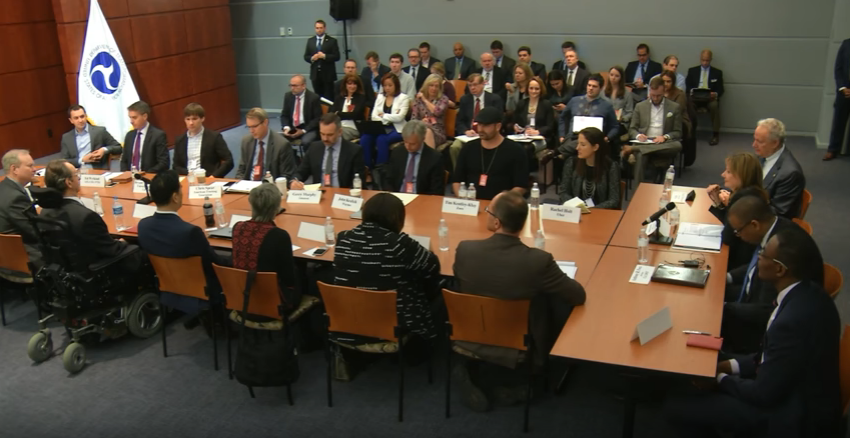 The US self-driving car council is falling apart; with the technology set to be introduced soon it’s possible that this isn’t just Trump being useless but an indication of the difficulty inherent in the speed of technological development and the ability of lawmakers to keep up.

According to Recode, the council has not met since its first meeting in mid-January, with participants having resigned their seat or assuming the council to be inactive. Meanwhile congressional debate on the topic is lacking testimony from key industry regulators as they await Trump’s appointment of someone to head up the National Highway Traffic Safety Administration.

This story was published a day before the UK government announced an £8.1 million (about $10.5 million) investment in semi-automated truck convoys which will be tested on roads by the end of next year.

Both US and UK governments have had their first stab at creating guidelines or regulation to cover the new technology, with tech companies bearing down on the issue with characteristic pace.

It would be easy enough to think of the stalled attempt at legislation in the US as a “Trump issue”. Either that his ineptitude has led him to overlook the necessity for such things, or that he’s deliberately slowing the processes as a result of his protectionist stance on existing, traditional US industry.

It may well be that under a more enlightened or progressive president the US would be more agile in getting ahead of the impending issue. But while the process might be made more difficult by the Trump administration, these events might speak to the fundamentally problematic nature of legislating ambitious technological developments.

It is firstly important to note that technology such as this poses questions which have never been tackled before. Driving laws commonly accept the principle of “reaction time”, for example, which will be null and void to computer-driven vehicles. This might be a good thing but it will be replaced with the ethical minefield of trying to define “decision making”, which will need to be coded before the vehicle leaves the factory in anticipation of being used.

Technologies such as these require serious objective testimony, deep thought, and rigorous debate. You might even go so far as to convene a committee of philosophers to dissect the moral and ethical quandaries before advancing to tangible decisions.

The news from the UK highlights the need for this legislation to move quickly – fanciful machines, thus far the purview of sci-fi writers, are not just plausible, or even possible, they’re fairly imminent. Intelligent machines capable of making complicated life-or-death decisions are nearly here.

As far as the news from the US goes… maybe the difficulties are because of Trump. But politics is messy. It is, in many sense, the most human of processes — open to varying priorities in decision making at every level and operating entirely at the behest of whichever characters and personalities happen to have been elected or nominated to the relevant positions at each given moment.

We might be right in wanting to expect more of Trump, but given our experience of the political process we might also be foolish to expect slick and thorough execution of legislating on topics this complicated.

Rather than dealing with new technology issue-by-issue, it might be more sensible to have a single body composed of appropriate members whose job it is to oversee technological development and play a leading role in ushering through necessary changes to the statute books. A new council, perhaps, which could be called, say, the American Technology Council. Oh, wait…

AIautomationdriverless cars
Previous ArticlePersona non grata: ageism in tech is more complicated than its other diversity issuesNext ArticleAmazon’s second headquarters: there are really only two criteria